We are witnessing a heightened awareness of racism in the recent years, especially with the rise of the #BlackLivesMatter movement. The nation is also witnessing a dramatic rise in bigotry against Muslims. Methodist Federation for Social Action – North Carolina Conference Chapter (MFSA-NCC) organized a conference titled “Dare to Hear: An Honest Conversation about Race and the End to White Privilege” in order to confront the issues of racism and Islamophobia. This conference took place on April 9, 2016, at Duke United Memorial Methodist Church in Durham. This conference was part of a conference series in the memory of the late Rev. Jack Crum who dedicated his life to the cause of social justice.

This conference featured speeches and workshops on the topic of racism, white privilege and Islamophobia. This conference explored the themes of challenging white privilege, reparations versus reconciliation, and Islamophobia as a form of racialized oppression. Some of the speakers included Rev. Chris Brady (Pastor at Wilson Temple United Methodist Church), Professor Jennifer Harvey (Professor of Religion Studies at Drake University), Rev. Leonard Fairley (Lead Pastor at St. Francis UMC in Cary) and Manzoor Cheema (Movement to End Racism and Islamophobia).

The North Carolina Conference chapter of the Methodist Federation for Social Action has been around since the 1980s. We worker such initiatives as open pulpits i.e. churches should open to receive a pastor regardless of race or gender as long as they have the graces to that congregation and issues of peace and social justice.

In 2008 we came up with the idea of hosting a conference that promote prophetic ministry in the conference and we named in honor of Reverend Jack Crum who fought against segregation in spite of the cost. The first Jack Crum Conference on Prophetic Ministry was held at University United Methodist Church in Chapel Hill. Topics have included school diversity, child poverty, voting rights, and Amendment One.

Also we work closely with Reconciling United Methodists and Friends NC to promote full inclusion of LGBT persons and the life and ministry of The United Methodist Church. 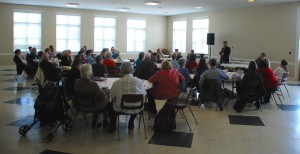 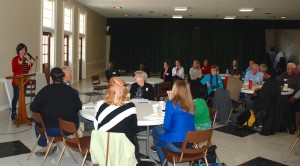