“A Conversation about Racism and Islamophobia” at Meredith College

WHAT: “Race, Fear & Faith: A Conversation About Racism & Islamophobia”

WHY: To have a community discussion about the historical significance of racism and the current issue of Islamophobia in the United States and other countries. We particularly want to focus on Muslim and other race relations in the Raleigh community, and discuss ways to bridge and heal the gaps.

Background: For the past eight months, Rev. Petty has led an interfaith discussion group that includes Muslim, Jewish and Christian community leaders who want to build relationships and reach out to the broader community to provide information and education. In January, Pullen Memorial Baptist Church hosted a forum that featured this group, moderated by WRAL Anchor David Crabtree, which held a conversation and answered audience questions. The Meredith forum is the next step in our effort to broaden the scope to the community at large. 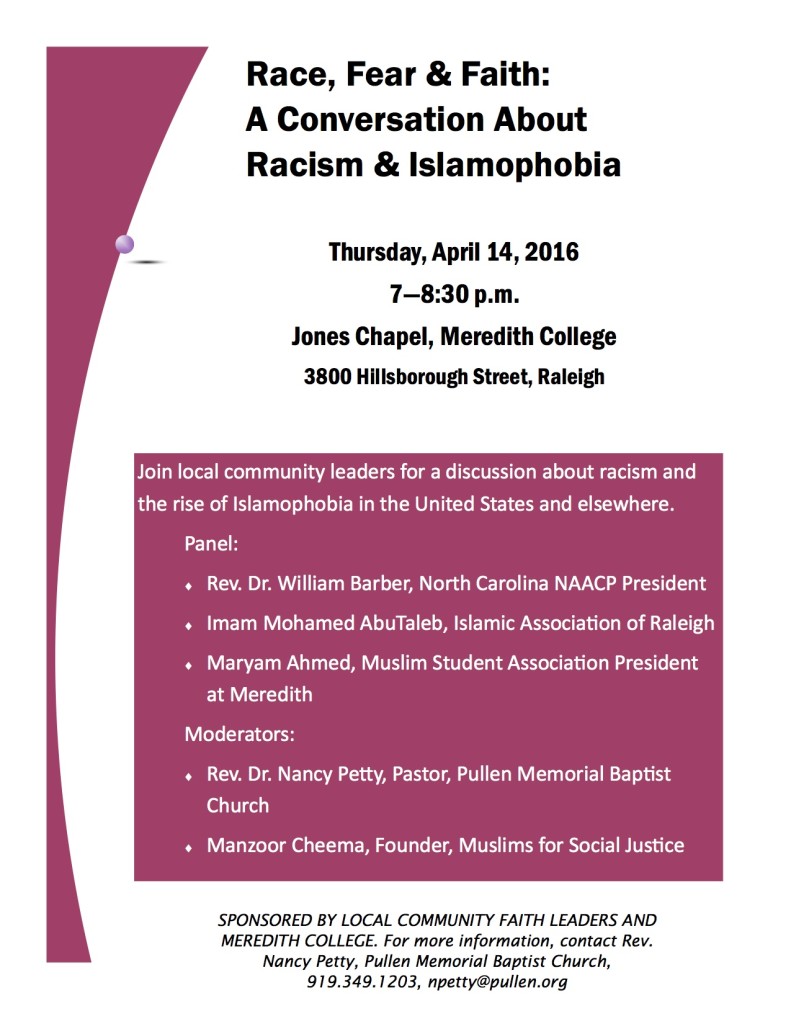