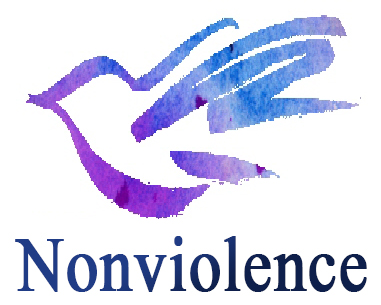 Campaign Nonviolence Week in the Triangle Area of North Carolina

In 2016 we will once again have a week of peace and nonviolence. We already have a variety of activities planned. The week will begin with a prayer vigil at Sacred Heart Cathedral on Sept. 17th and will end on Saturday Sept. 24th with our Festival. We already have events set up for almost every day of the week. Also on the 24th, there will be a Walk For Values. The purpose of the walk is to raise awareness and encourage everyone to abide by the Human Values of Truth, Love, Right Conduct, Peace and Nonviolence in their daily living.

The Campaign Nonviolence Week is an event that is part of the Campaign Nonviolencemovement– a long-term movement to mainstream nonviolence and to foster a culture of peace. This movement was launched nationwide September 21-27, 2014 with 238 marches, rallies, vigils, prayer services, fasts and festivals in all fifty states. Campaign Nonviolence was developed byPace e Bene which was founded in 1989 by the Franciscan Friars of California. Its name derives from St. Francis and St. Clare of Assisi who used this phase in their own time as a form of greeting, which translated from the Italian means “Peace and all good!” Pace e Bene’s vision is to imagine a world with dignity, justice, and peace for all. The vision is rooted in the spiritually grounded practice of active nonviolence. For additional information about Pace e Bene go to their website paceebene.org.

In 2015, Campaign Nonviolence Week was known as Peace Week. The idea for Peace Week
came from Lutheran Peace Fellowship and their involvement in the movement. The Wake
Lutheran Peace Fellowship decided to create a local Peace Week and it began with a festival that was held at Holy Trinity Lutheran Church on September 19th from 10:00 am until 2:00 pm. Local peace and justice groups displayed their information at tables set up in the Fellowship Hall and they were available to talk with people who attended the festival. People came to look at the information that the groups displayed throughout the time frame of the event so that there was an ongoing flow of people during the festival. We also provided three workshops in classrooms and had music by the Raging Grannies in the Fellowship Hall. Fair trade items were available for sale as were peace related books. We will provide a similar program this year.

Last year we held events during the week and ended with a Prayer Vigil. The Festival this year will be held on Saturday, September 24th, at the UUFR. We will begin the week with a Prayer Vigil for Peace on the 17th. During the week, churches and groups will show films, provide speakers or workshops and peace related activities. After the festival, we will end with a Walk for Values as we bring the message of nonviolence to our community.

Learn more about this event by contacting:
CampaignTriangle@gmail.com