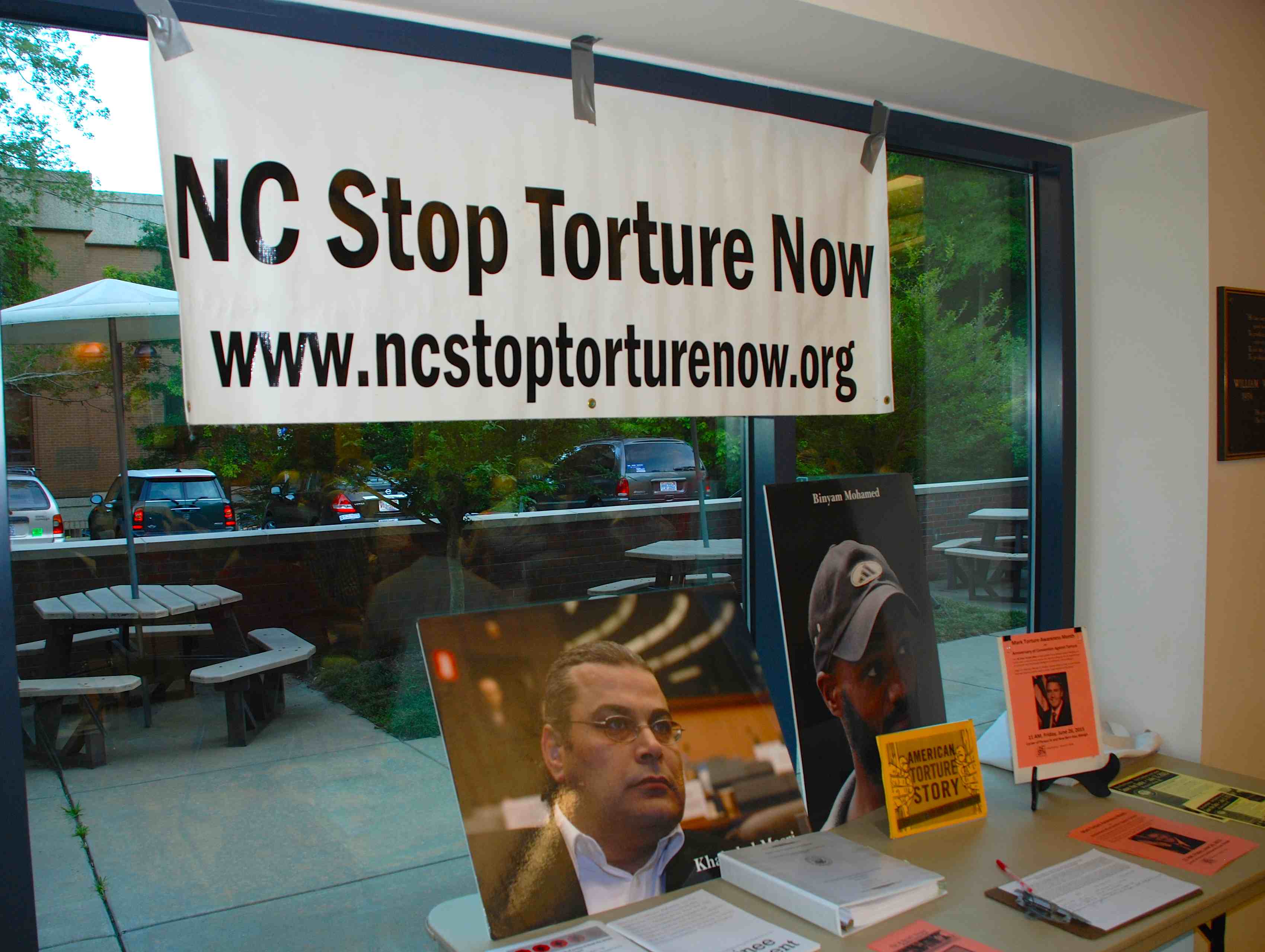 The group will start with a press conference at 9 a.m. at the state Department of Justice, 14 W. Edenton St. Following a half-hour vigil, they will march to the Governor’s Mansion at 200 N. Blount St. for a second vigil at 10 a.m.

Our special focus has been on the “torture taxis” of Aero Contractors, Ltd. of Smithfield. Both are nominally private companies linked to the operation of aircraft in clandestine support of the CIA’s extraordinary rendition program. Extraordinary rendition is a phrase that disguises the kidnap, detention and torture of individuals alleged to be enemies of the United States, including those guilty of nothing other than being misidentified.

Aero Contractors’ headquarters is located at the Johnston County Airport near Smithfield, NC, and you can view a partial list of detainees who were disappeared and subsequently tortured at the Aero Flew Them page, or directly on this PDF document.

We are particularly concerned that state and local government officials and individual citizens recognize their own complicity in the extraordinary rendition program and take steps to provide restorative justice to victims and survivors, to air a full account of human rights violations, and to demand top-down accountability for the authors and perpetrators of these crimes.