About MERI (Movement to End Racism and Islamophobia)
MERI is a network which stands and acts together against all forms of Islamophobia and racism. We are living in an environment in which the media and other forces are inciting prejudice and hatred against Islam and Muslims. This hate is being targeted against both Muslim individuals and entire groups perceived as Muslims. We understand both Islamophobia and racism within a framework that sees how discrimination based on race, class, gender, sexuality, ability, and religion are part of multiple, interlocking forms of oppression that reinforce and sustain one another.

Our work to confront, resist, and transform Islamophobia and racism requires fighting the social, systemic, and ideological dynamics of hatred that are currently threaded through our communities. This means challenging individual acts of hatred, including anti-Black racism that gives legitimacy to racial profiling, police violence, the prison industrial complex, and other forms of institutional oppression against Black and Brown people. We do this by building power from those most directly affected in the grassroots. 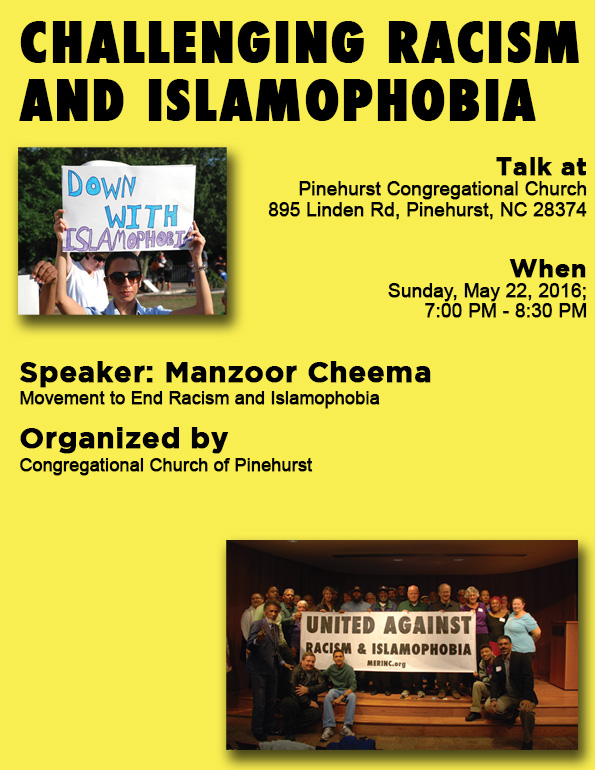