“Revival: Time for a Moral Revolution of Values” tour

On April 4, 2016, an event called Time for a Moral Revolution of Values was organized at Temple Beth Or in Raleigh, NC. This event included testimonies of attacks on education, healthcare, immigrants, workers, LGBTQ community members, Muslims and voters. The following are reports from this tour.

NC NAACP Press Release:
In light of the repeated misrepresentation of so-called “evangelism” in the public square, and the lewd amounts of money and political energy being spent to hijack the democratic process, Rev. Dr. William Barber and Rev. Dr. James Forbes, Senior Minister Emeritus of the Riverside Church in NYC, and their many friends in the social justice clergy community who have agreed to join them, have been called to seek a moral awakening and a Third Reconstruction in America. They are beginning a tour of Revivals across the nation and on April 4th, the Revival is coming to North Carolina.

From Daily Kos on 4/3/16:
Today is the kickoff day for the launch of “The Revival: Time for a Moral Revolution of Values”, a national revival tour to redefine morality in American politics.

The event is being held at Riverside Church in New York City at 3PM and will be live-streamed.

The Rev. Dr. William J. Barber II, architect of the transformative Moral Monday Movement and founder of Repairers of the Breach, Senior Pastor of Greenleaf Christian Church Disciples of Christ and the Rev. Dr. James A. Forbes, Jr, Senior Minister Emeritus of The Riverside Church, president of Healing of the Nations Ministries and National Minister for the Drum Major Institute, today announced the launch of The Revival: Time for a Moral Revolution of Values that will champion the sacred values of love, justice, and mercy in the public square at a time when they are needed more than ever.

Reverends Barber and Forbes have been invited by local civil rights and moral leaders to come to their cities to conduct revival meetings and services. They will be joined by other national social justice activists who bring the same deep moral analysis of the nation’s problems including the Rev. Traci Blackmon, acting Executive Minister of the UCC’s Justice and Witness Ministries, and Sister Simone Campbell, Director of the Catholic social justice lobby NETWORK in Washington, DC.

Sponsored by Repairers of the Breach, Healing of the Nations Ministries and Drum Major Institute, the tour starts at The Riverside Church in New York City on Sunday, April 3 at 3:00 p.m. EST. It will hold meetings and services in Alabama, Georgia, Indiana, Minnesota, Mississippi, Missouri, North Carolina, South Carolina, Texas, Wisconsin, Tennessee, Ohio, Oklahoma and Virginia through December of 2016 and continue on through 2017. The first Revival will be in Raleigh, NC on Monday, April 4, the anniversary of Dr. King’s historic sermon at Riverside —“A Time to Break the Silence”—in 1967, and his assassination in Memphis one year later—just 48 years ago.

The April 4th event in Raleigh is being held on the anniversary of the assassination of Rev. Dr. Martin Luther King Jr. in 1968 at Temple Beth Or, at 6:30 PM.

The revolution tour is coming — get on board! 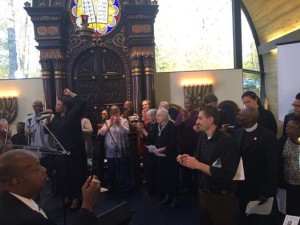 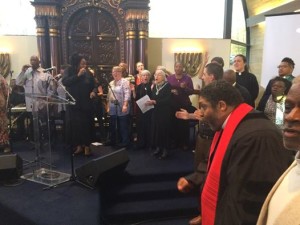 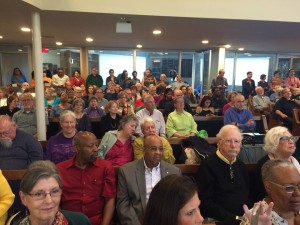 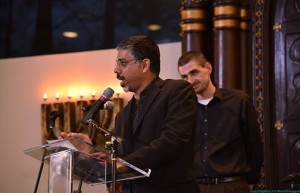