Speak Up Against Islamophobia: Since words have significance, people should recognize and articulate the word “Islamophobia”. Issue a statement or write a letter-to-the-editor/op-ed in the wake of Islamophobic attacks. Contact media for inaccurate depiction of Islam or Muslims. Review letters-to-the-editor and op-eds on the topic of Islamophobia, as posted on MERI website.

Do Intersectional Work: Islamophobic forces employ fear to ascend to power and victimize all marginalized. Forces exploiting Islamophobia also attack African American, women, LGBTQ, workers and immigrants. It is important to connect our struggles and create space for Muslim, Black and People of Color voices. 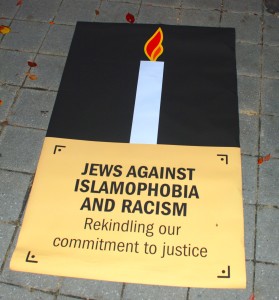