North Carolina General Assembly passed House Bill 2 that was signed into law by Governor McCrory on March 23, 2016. This law legalizes discrimination against transgender and gender non-conforming community members. In addition to transphobia, House Bill 2 robs municipal powers for increasing minimum wage, preventing racist housing and other local measures. #BlackLivesMatter Queer Trans People of Color Coalition is leading a movement to fight this bill. A protest was organized by the coalition in front of Governor’s Mansion in Raleigh on March 24, 2016. The following is a statement (co-signed by MERI) and pictures from the protest.

On the anniversary of the passing of Blake Brockington, a Black trans teen from Charlotte, North Carolina, Governor Pat McCrory and the North Carolina General Assembly moved to attack working people and create dangerous conditions for women, LGBTQ people, black and brown people, and any workers who experience discrimination or who struggle to make ends meet.

The General Assembly and Governor McCrory chose to criminalize trans and gender nonconforming children and youth, and to scapegoat trans women and other trans people for rape by passing NC HB 2. House Bill 2 bars city and county governments from raising their municipal minimum wage, as well as prohibits anti-discrimination policies that account for gender identity, expression, and sexual orientation. Lawmakers were given only 5 minutes to review the bill and it passed within a 12 hour period without a single trans person of color being allowed to speak.
This bill reinforces the school to prison pipeline that trans and gender non-conforming students of color already face by making their choice of toilet grounds for suspension or arrest.
This bill rolls back decades of hard-won progress, and will harm our whole state. It undermines municipal democratic control, advancements in anti-discrimination policy, and further prohibits wage increases. This is a direct assault on working families and particularly working women of color who are most likely to be paid poverty wages. LGBTQ folks of color are workers, and we are worth more!

This bill uses trans panic and the scapegoating of trans women to derail real conversations about safety and consent. Trans and queer people are survivors of sexual assault, too. Our safety matters and we don’t make our community safer by threatening others with the brute force of the murderous police or incarceration. If our state is truly concerned for survivors of sexual assault, it will make comprehensive consent and sex education mandatory. This law does nothing to prevent indecent exposure and sexual assault, which are already illegal, but instead prevents local governments from protecting the safety and livelihoods of queer and trans people.

We honor and fight for Blake by affirming that our lives matter. Anti-transgender bias and legislation and persistent structural racism directly impact the devastating rates of suicidality, unemployment, physical and sexual violence, poverty, incarceration and homelessness experienced by transgender people of color.

Trans and Queer people of color demand a living wage and freedom from criminalization and discrimination, in the workplace and in the bathroom.

Tonight, we are calling for a Special Session of the People outside of the Governor’s mansion. For Blake Brockington, for Angel Elisha Walker, for all Black and Brown trans and queer people in North Carolina who have been murdered, disappeared, or incarcerated, it is our duty to speak. It is our duty to demand freedom, to demand a living wage, to demand education, to demand comprehensive health care that is accessible and free of charge. 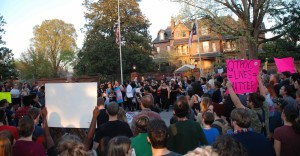 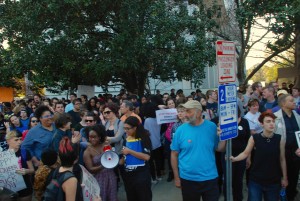 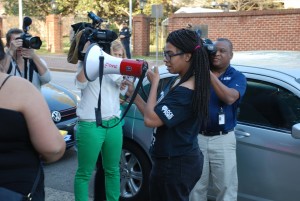 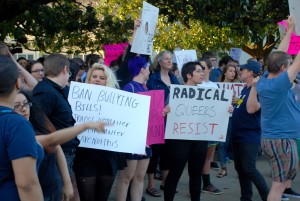