Protest Against  Treatment of Workers and Muslims by Southwest Airlines

Southwest Airlines shareholder meeting took place in Chicago on May 18, 2016. This meeting was confronted by a protest by pilots, staff and mechanics for unfair work conditions. Southwest Airlines also has a history of discrimination against Muslims (see links below). Members of Movement to End Racism and Islamophobia, the Center for New Community, Jewish Voice for Peace – Chicago and Muslim American Society – Chicago joined the protest.

“Khairuldeen Makhzoomi, a senior at the university, was removed from the Oakland-bound flight from Los Angeles international airport on 6 April. Makhzoomi, 26, was born in Iraq, and his family fled the country in 2002 after his diplomat father was killed by Saddam Hussein’s regime.

According to Makhzoomi, he was removed from the flight and questioned by the FBI after another passenger informed airline staff about his phone conversation, which was to his uncle in Baghdad. He ended the call with the word “inshallah”, meaning “God willing”, and said the passenger thought he used the word “shahid”, meaning “martyr”, during the conversation.”
http://www.theguardian.com/us-news/2016/apr/16/southwest-airlines-man-removed-flight-arabic

“”Khalil, 29 and Ayyad, 28, moved to Philadelphia from Palestine 15 years ago. Khalil now owns the Feltonville pizza shop — Pizza Point — that gave him his first job. The friends were in Chicago visiting each other’s families and met back at the airport Wednesday night to take the same flight home. The gate agent told them apologetically they wouldn’t be allowed to board because a passenger was afraid to fly with them after overhearing the men speaking Arabic.””
http://www.nbcchicago.com/news/local/Passengers-Call-911-After-Being-Pulled-off-Flight-at-Midway-352141691.html

“A hijab-clad Muslim woman in the US was reportedly removed from a Southwest Airlines plane after she asked for switching seats with a flight attendant saying she “did not feel comfortable” with the passenger. Hakima Abdulle, a Muslim woman from Maryland, said she was removed from the flight from Chicago to Seattle “without any credible explanation”.
Abdulle said she wanted to switch seats but instead, she ended up being removed from the flight. This was the second such incident involving the carrier this month after an Iraqi man claimed that he was removed from a Southwest Airlines plane after a fellow passenger heard him speaking in Arabic.”
http://indianexpress.com/article/world/world-news/hijab-clad-muslim-woman-hakima-abdulle-removed-from-us-plane-southwest-airlines-2757561/

Report from protest against Southwest Airlines
“From North Carolina, Manzoor Cheema, a member of the Movement to End Racism and Islamophobia, made the connection between the protestors and the pilots, flight attendants, and mechanics picketing for better pay, benefits, and working conditions.
“Islamophobia is a product of a crisis in America where groups are marginalized and scapegoated to distract from labor issues and worker’s rights. It’s long been a “southern strategy” to divide labor and worker progressives. While Muslims are being kicked off planes, the corporation is abusing its workers. Merging these forces fighting against anti-Muslim profiling and for workers’ rights is important to achieve real change.””
http://chicagomonitor.com/2016/05/arab-and-muslim-groups-protest-southwest-airlines-profiling-at-stockholders-meeting/ 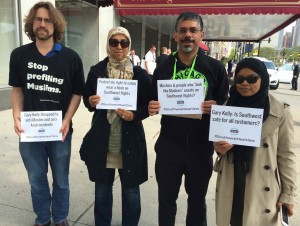 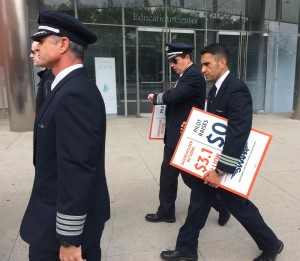 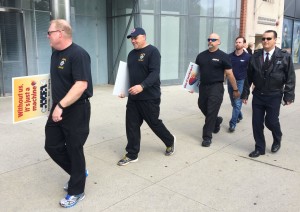 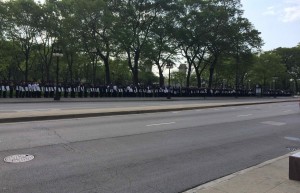